skip to main | skip to sidebar

PLAYBOY: "The word is out: John Lennon and Yoko Ono are back in the studio, recording again for the first time since 1975, when they vanished from public view. Let's start with you, John. What have you been doing?"

LENNON: "I've been baking bread and looking after the baby."

PLAYBOY: "With what secret projects going on in the basement?"

LENNON: "That's like what everyone else who has asked me that question over the last few years says. 'But what else have you been doing?' To which I say, 'Are you kidding?' Because bread and babies, as every housewife knows, is a full-time job. After I made the loaves, I felt like I had conquered something. But as I watched the bread being eaten, I thought, Well, Jesus, don't I get a gold record or knighted or nothing?" 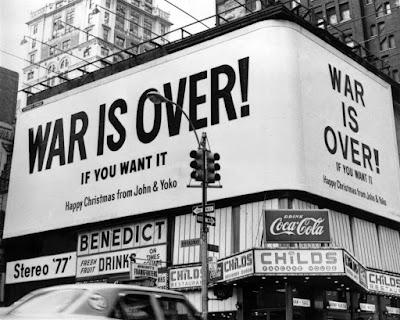